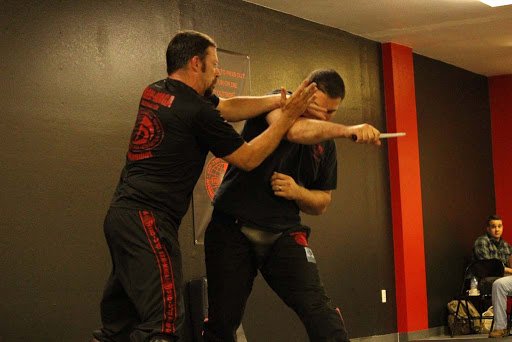 Krav Maga is self-defence and fighting system originally developed for the Israel Defense Forces (IDF) and Israeli security forces, derived from a combination of techniques sourced from aikido, boxing, wrestling, judo, and karate.

Krav Maga is known for its focus on real-world situations and its extreme efficiency. It was derived from the street-fighting experience of Hungarian-Israeli martial artist Imi Lichtenfeld. From it's earliest beginnings, the goal of Krav Maga was to make it easy to learn and very effective. Krav Maga has a philosophy emphasizing aggression, and simultaneous defensive and offensive maneuvers.