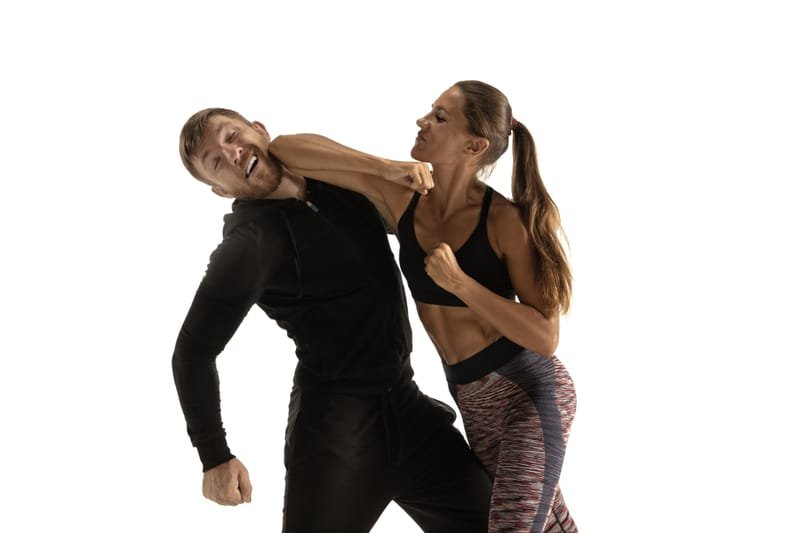 Sexual assault is a widespread type of violence that many individuals experience in their lifetimes. Among adults, it is women who are most often targeted for sexual assault. Sexual predators are not motivated by sexual desire; instead, they are motivated by the desire to control, degrade and exert power over others. Therefore, rapists target those they believe they can intimidate, isolate and overpower. Often times, these are people they are acquainted with - socially, professionally, intimately or part of the same family.

At Invictus, our women’s self defense program teaches women how to defend themselves against the most common attacks that they may encounter, i.e. chokes, grabs, bear hugs, and other attacks often used by larger, stronger aggressors. You will learn how to transform your fear into anger and unleash it into empowerment. In order to prepare students to survive a real attack, we emphasize realistic training scenarios and defenses. In competitive fighting sports, rules exist to provide a level of safety. Krav Maga teaches you how to fight without rules. Women leave our classes feeling more knowledgeable, stronger and empowered, reducing their chance of becoming a victim.

Of course, there is more to self-defense than violence of action… Self-defense is comprised of awareness, assertiveness, acting on your intuition, verbal confrontation skills, safety strategies, along with physical techniques, that enable someone to successfully defend, escape and survive a violent attack. A good self-defense course provides psychological awareness and verbal skills, not just physical training. So, whether you take our class or someone else's, please keep these factors in mind.

Invictus Krav Maga is dedicated to your safety and well being. As such, we will leave you with some statistics to keep in mind... according to the National Sexual Violence Resource Center (NSVRC):